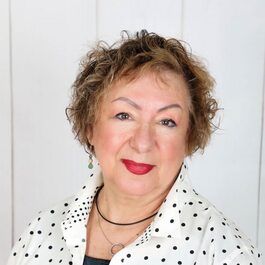 ​
Born in Odessa, Ukraine, Ms. Erika Galinskaya studied piano for 17 years. She graduated from a musical college in Murmansk, Russia and from University in Vinnitsa, Ukraine with Master’s degrees in four different musical specialties – solo piano performance, group performance, piano accompaniment and piano pedagogy. Before coming to Canada in 1977, she was employed by the comedy theatre “Goldoni” in Rome, Italy as a music director, pianist and stage producer. She has worked with American actors on popular classical musicals and children’s plays which attracted large audiences, both old and young.

​ Since coming to Canada, Erika has enjoyed a very successful music career, with her talent as a performer and teacher becoming quickly acknowledged and praised. Erika has also collaborated with many singers, instrumental musicians, ensembles, community choirs, and public school music productions. She remains deeply involved in Vancouver’s artistic scene, bringing her artistry to her students and her community. As a pianist who is classically trained in the old Russian tradition, Erika enjoys playing and teaching jazz and folk music. She is proud to have taught generations of Vancouver musicians for more than three decades. As a member of the Piano Teachers Federation and the British Columbia Registered Music Teachers Association, her reputation as a professional and experienced teacher has earned her outstanding recognition in British Columbia, across Canada, and even in the United States.