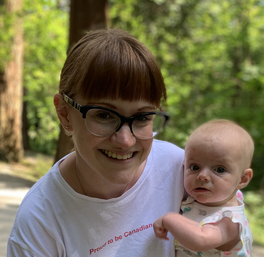 Hannah was born in the UK and raised in Vancouver. She has been involved in Music and Musical Theatre since the age of 6, having starred in many performances with UK and Canadian theatre companies. Hannah received extensive musical training and took many examinations leading to RCM and ABRSM qualifications in both brass, woodwind and singing. She went on to train as a teacher with StageCraft Children’s Theatre School between 2004 and 2009. Hannah became the director of  Stagecraft's Vancouver schools, before heading to the UK to complete her Masters Degree at the University of Oxford in 2012.

Among her favourite stage highlights are Christine in Phantom of the Opera, Donna in Mamma Mia, Nancy in Oliver and Mimi in Rent.

As a teacher in both the UK and Canada, Hannah has directed many student led productions including, Wicked, 101 Dalmatians and Peter Pan. In 2005 Hannah began working for the Vancouver film industry as an onset drama and vocal coach for young performers. Some of her cinematic highlights include, Diary of a Wimpy Kid, Martha Speaks and The Tooth-fairy.

After completing her degree at Oxford in 2014, Hannah was delighted to return to Vancouver with her new husband, Emyr, and began to design new Summer Camps and workshops for Summit Music.  ​